Between June and August, I was part of the EPFL Research Internship Program. At the time, I was studying physics at Carnegie Mellon University in Pittsburgh, United States of America. Specifically, I was doing research on Computational Condensed Matter Physics at Institute of Theoretical Physics of EPFL, being advised by Prof. Oleg Yazyev. It was also the first time I have been to Switzerland and everything I have experienced in the past two months becomes my virgin memories of this beautiful country. Retrospecting, I feel so lucky of having such thorough experience as my first encounter. In the rest of the article, I am going to share my impression of Switzerland in three aspects: life, study and work. 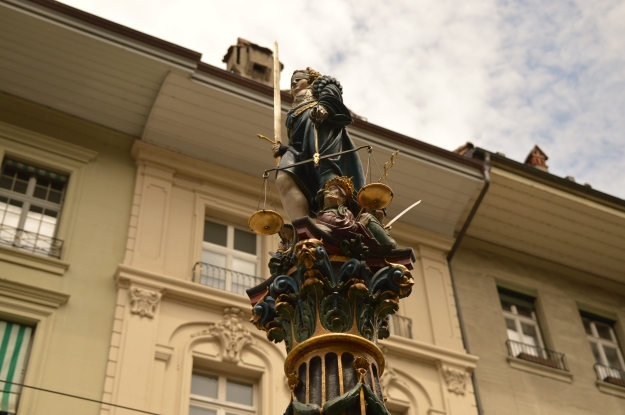 My first day in Lausanne did not go as easy as I had expected. Being completely new to the city, I was at a loss at the very beginning. Everyone speaks a different language than I  speak back in the US. Although I’ve had quite many study on French, such a first-handed and immersive francophone environment still made me so nervous. Luckily, I quickly realized how good at English the Swiss people are, which reduced my anxiousness lot.

It did not take a very long time before I totally forgot about the discomfort of my first day, especially when I realized how convenient the public transit of Lausanne is. My living place was only ten minutes’ walking distance to the Metro station, as well as the train station, which literally enable me to visit any town in Switzerland as I pleased. Thanks to such well-developed transit systems, I managed to travel to lots of places in Switzerland, such as Zürich, Bern and Geneva.

The moment I stepped off the Metro station of EPFL, I was attracted by the intellectual mural paintings on the entrance of the campus: I saw endless famous mathematical for physics formulas being painted on the underground tunnel leading to the entrance of the campus. Even before entering the campus, I could already feel the devotedness of this polytechnic university towards the study of science and technology. The architecture of the campus is a combination of modernism and utilitarianism, which reminds me of the young age of this institute.

My interaction with the research group went along pretty well. The enthusiastic welcome from my advising professor and his secretary made me feel so warm and helped me so much with my settling down to the new study and working environment. The research group I was working with is the one of international compositions. I met with people coming from at least five different countries, some in Europe, some at the other side of the world. From this, I could catch a glimpse of the extent of international participation of Switzerland in academia, a feature that renders this country competitive in the world for decades.

Welcome to EPFL ! Share your experiences during your Excellence Research Internship Program at EPFL and your life in Switzerland, and read other interns’ articles.